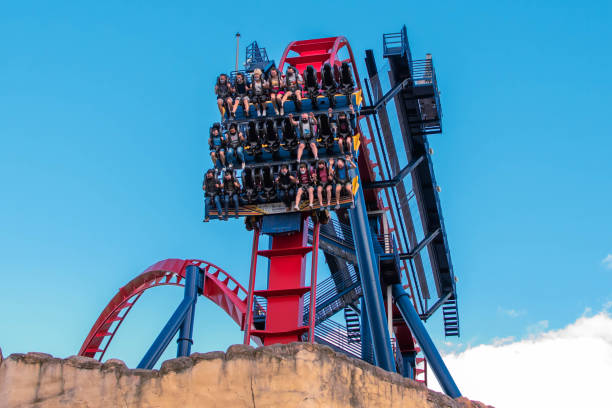 The Most Thrilling Rides at Busch Gardens Williamsburg

The Busch Gardens at Williamsburg promises a grand time for everyone in the family, with thrilling rides for everyone. It doesn’t always have to be a ride that will terrify you, since even the younger kids can get a nice ride that’s not all that scary.

However, if you think you’re tough enough, then you can get a ride in the most intimidating attractions that Busch Gardens Williamsburg has to offer.

Also known as the Screamin’ Swing, this is an extreme swing ride that’s not for the faint of heart. You’ll have to find your full Gryffindor spirt for this, as only the bravest will appreciate this monster. It’s alright to be afraid, since there’s no courage without fear.

This is located in the Ireland village of the park, and it lets you ride high as you fly over cliffs right off the Celtic coast. It features 2 arms that swing like a pendulum, with enough space for 32 riders at the most.

Sit down and prepare yourself, since you’ll be launched flying at speeds of 45 mph. That may not seem too fast for those who are used to car speeds, but it’s a different matter when you’re not surrounded by the car exterior.

Besides, you’re also not safely on the ground, either. Instead, you soar more than 80 feet in the air, and that’s like getting as high as the roof of a 6-story building. While you may enjoy the view up top, the feeling of falling to the ground can be truly scary with each swing of the arms.

This may sound a bit like “poltergeist”, but that’s because the name of the ride means “ghost of the Alps”. And this is a lot more terrifying than the Poltergeist movie. It’s 195 feet high, which makes it the tallest of all the “complete circuit” coasters with inversions. You actually have 6 inversions to go through during the ride, and that’s nothing to scoff at when you dangle your feet without anything between you but the ground so far down.

The ride lasts for more than 3 minutes, and it feels like you’re riding in a ski lift that suddenly went feral on its own.

This is a “Sky Rocket II” model, a truly intense option from Premium Rides. As a rider, you’re launched not just once but three times, going forwards twice and one time in reverse. That’s before you go straight up 150 feet into the air.

At the top of the track, you’ll experience an agonizingly slow roll that makes you afraid of what’s coming next. Then it suddenly dives straight down, then you go into a non-inverting loop before you return to your station.

It’s not really a long ride, objectively speaking. It doesn’t even have 900 feet of track. But if you’re not ready, then it’s a truly frightening ride.

The Griffon is a floorless dive coaster, it goes more than 200 feet into the sky, then you drop more than 205 feet. That’s a drop that happens at 90 degrees, before you instantly get into an Immelmann loop inversion. That’s just the first of 2 of those inversions, by the way.

With the entire ride happening without any floor under your seat, you’ll understandably feel helpless, and such helplessness is a terrifying experience. If you’re in a center seat, you have to look straight down, even as you see the track rushing under you. When you’re on the wing seats, there’s just nothing between you and the ground. It really is like flying, but you’re not in control!

This is a “Level 2” ride, and theoretically not quite up to the scary standards set by the Level 3 rides we’ve already set on this list. But this is the most intimidating of the Level 2 rides, and it’s a test to see if you’re ready to get to the other rides at the very top of this list.

This offers 4,900 feet of track, so it’s not exactly a very short ride. But it won’t take too long to finish, either, since you’ll reach speeds of up to 73 mph. At least it’s a smooth ride, so it doesn’t really make you feel like questioning the expertise of the people who set this contraption up.

It gets you high up a lot of times along the way, giving you 9 drops altogether. Each drop is relentlessly petrifying, and it feels like there’s always one more to endure!