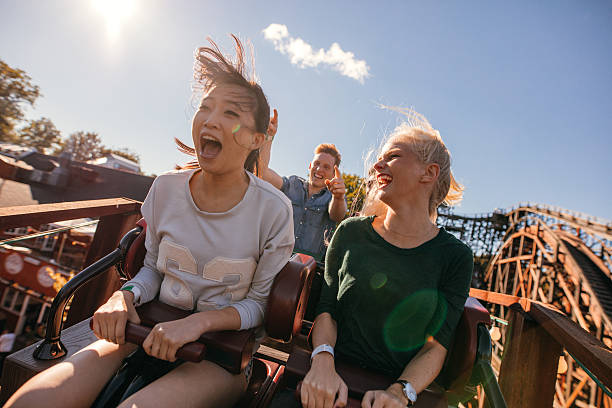 Newbies may be excused when they first hear about Hershey Park. You can almost hear the nickers about sweet, gentle rides. What are people going to do there—eat candy?

Well, people actually create and eat candy, at the nearby Hershey’s Chocolate World. But at the Hershey Park, some rides there may have some people regretting on overindulging on those candy pieces. Some of these rides are just downright terrifying, but then again, some people consider that a great thrill.

If that’s what you’re looking for, then you should make sure you get a ride at the following attractions:

This only opened in July, 2020, but it has already become a favorite among the fans. It offers a ride height of 210 feet, up into the tallest hill in Hershey Park. The trip includes lots of scary drops with 7 camelback hills to go through, so you really get a lot of airtime.

The thrill is undeniable, since you’ll be going as fast as 76 miles per hour. That still gives you a fun time for 2 minutes and 26 seconds, with the 4,636-foot track going through 7 acres of space.

It can even be somewhat harrowing, especially at Candyrush time. That’s when the Candymonium and Skyrush coasters cross paths and almost seem like it’s going to crash into each other. You’ll be praying that Superman somehow swoops down to avoid some catastrophe, but it’s all good.

With a max speed of 72 miles per hour, you don’t go as fast as you could with Candymonium. But you’ll probably still hear yourself inadvertently cursing (or praying to) the coaster gods for mercy, since you’re launched to that speed of 72 mph in 2 seconds flat. That’s faster than a lot of dragsters, most of which can barely get to 60 mph in 2 seconds.

With a ride length of 2,600 feet and with the average speed here, it only takes a single minute to get the ride done. But it’s an exhilarating minute of your life, as you go through barrel loops, a scary 135-foot cobra loop, a maximum height of 180 feet, a spectacular flying snake dive, and a screeching stop right before you gently roll back to the station.

It doesn’t ride too high at only 124 feet, and it only goes 61 mph. But the terror is still real, since it is the one park in the place that leaves your feet dangling. It just heightens that sense of helplessness, when the floor drops beneath you and then the climb begins.

That roaring turn that delays the 1st hill for a few seconds just exemplify the scary gravity and speed of the ride, and the excitement (or terror) just never stops for the full 2 minutes and 15 seconds of the ride. That’s why many consider the roaring Great Bear simply as among the best of the rides at Hershey Park.

This is even slower at only 48 mph max, and a top height of merely 85 feet. And it doesn’t even last that long at only 1 minute and 15 seconds. So, what the heck is it doing on this list?

The truth is that the stats are simply misleading, and you need to actually go through this ride to make sense of the fun it can offer. It’s a truly aggressive ride, and that aggression never lets up. It sends you through impossibly tight turns at almost the maximum speed, so it feels a lot faster than it’s actually going. And that’s the feeling you’ll remember for a very long time.

This is somewhat lower on this list because it only lasts 3 seconds past a minute. But when a coaster gets you going 200 feet high up in the air, before dropping you down at a speed of 75 mph, you’re off to a great start. And it’s a full minute of both excitement and terror, as you go through 4 high speed turns and 5 zero-G airtime hills with a winged-seat coaster train.

This isn’t a name that strikes terror into the hearts of warriors, and the stats even seem puny at 28 mph and a top height of just 45 feet. But the almost-2 minutes that it takes to complete the ride won’t be a boring time at all.

With lots of edgy corners and tight turns, along with exhilarating drops, this might not be a good idea for those with a fear of heights. That’s because you really feel as if the ride will just catapult you out of your seat at any time!