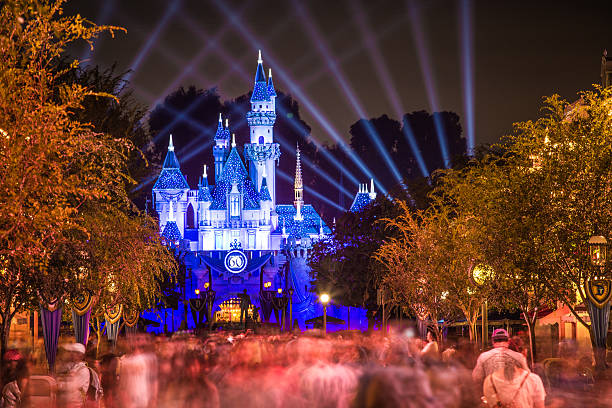 Top Reasons for Getting Kicked Out of Disney Parks

Pick out any of the Disney theme parks, and you’re in for a good time. It’s almost guaranteed, which explains why so many people visit these theme parks each year.

But you can get kicked out if you don’t follow the rules. Here are some actions that can end your fun if you do them in a Disney theme park:

Taking selfies is one of the really fun things to do at a Disney Park. After all, you’re getting pictures for posterity, plus you can post them on social media to really make your buddies back home green with envy.

But your buddies may end up laughing at you instead when they learn that you got kicked out of Disney World because you used a selfie stick. These things have become increasingly disallowed in plenty of places, as they’ve been deemed a safety hazard.

It’s not just because you might accidentally poke a kid’s eye with it when you’re among a crowd of people. The ban resulted from a selfie stick used while the photographer was on the ride. It got dropped and it caused the ride to stop, and the guests were stuck there for an hour.

You’ve probably seen plenty of YouTube videos showing how the ride looks when you’re enjoying the ride. However, you might end up getting kicked out if you’re caught doing so, as this is also a safety hazard even without the selfie stick. At the very least, you might end up bashing the face of another guest on the ride.

This is also not allowed, for safety reasons. It doesn’t matter if you say that you have total control over the gadget. Disney won’t take your word for it. There’s simply too much risk that the drone can fly into a ride and cause a tragic accident.

Cosplaying as a Disney Character

Sure, you can dress up as a Disney Character for some convention. Lots of people do it, and many of them do it really well.

But adults (ages 14 and up) are forbidden to wear Disney costumes or masks within the theme park. There’s actually a very good reason for this, as it’s all about making sure that kids have a really good time in the theme park.

Disney doesn’t want a kid to excitedly rush to their favorite Disney character, only to be rudely treated by some anonymous guest in a costume. Disney wants only their paid professionals to wear the costumes to make sure they all act politely and in character.

Of course, it’s perfectly alright if you’re wearing shorts with a tank top in a Disney theme park. But Disney draws the line at just wearing sports bras on top, along with bikini tops and sexy daisy dukes. It’s a kid-friendly place, after all.

Disney doesn’t discriminate against all tattoos, but they do reserve the right to kick out guests whose visible tattoos are, for them, “inappropriate”. The definition of “inappropriate” tattoos does seem a bit vague, as the rule only mentions banning objectionable designs or language.

It all depends on what the security people think about the tattoo, and the complaints of other guests will also factor in. If it’s not too gory or sexy, and no one’s complaining, then the security probably won’t mind, either.

Getting Off the Rides Before the Ride is Over

Obviously, this isn’t much of a problem with fast rides like rollercoasters. But it does happen quite often for slower rides, including Pirates of the Caribbean and It’s a Small World. Some guests get out of the seat to take selfies, and a few even want to go exploring.

But there are floor sensors that take note of these actions, and these guests just get the boot instead.

This is not just about cutting in line, which is something for which Disney has zero-tolerance. But you can also get kicked out if you do rude gestures like flipping the bird while you take a selfie. Others have been kicked out because they were smoking, got into fights, annoyed a cast member, or snuck in backstage.

This isn’t the right place to stage a protest, either!