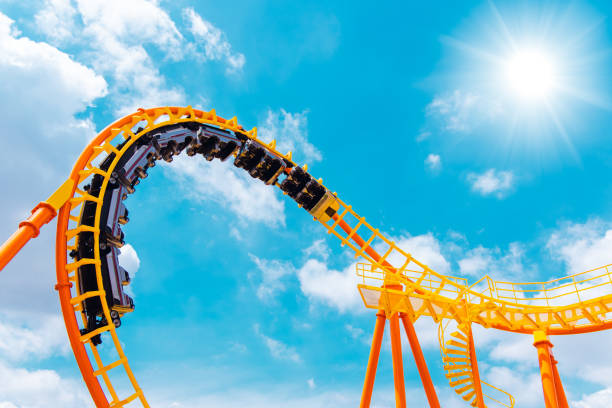 Amusement parks in the US aren’t just about SeaWorld, Six Flags, and the various Disneyland parks. Here are some parks that you really should visit, even if they’re located in somewhat unexpected states. You just might find a new favorite ride in your new favorite theme park.

The place has at least 13 different rides that get the highest scores when it comes to the thrill level, so you really can’t complain about this place. Aside from the riveting roller coasters, you have the Drop Tower, the Electro-Spin, the Ripcord, and the Slingshot.

Try the Afterburn for starters, as it’s the 3rd-tallest and fastest roller coaster in the park. The thrills include a space drop, a vertical loop, and a maneuver known to pilots as the Immelmann. You also have a zero-gravity roll when you feel weightless, a batwing, a flat spin, and then a spiral. With speeds of up to 62mph, you’ll get one heck of a thrill.

After that, you might try the Intimidator. It’s one of the tallest and fastest roller coaster rides, and it’s actually one of the ten tallest steel roller coasters in North America. The whole ride lasts almost minutes, and it feels like a lot longer since you’ll go through 7 inversions while going up to 80 mph.

This is basically like going to 2 theme parks in one place. You have the Holiday World, which features various rides that are themed after important US holidays.

Then you can try out The Voyager, which is one of the longest wooden roller coasters in the world. There’s also the Thunderbird roller coaster, which will teach you all about what fast acceleration really means. Other roller coasters here include the Howler, The Legend, and The Raven.

Then there’s the Splashin’ Safari section of the park, which in itself feels like a separate theme park. Its’ mostly about exciting slides down to the pools, and you sure get plenty of different slides to experience.

There’s also the Bahari, which is a giant family wave pool with jets, sprays, and geysers. It’s about ¾ of an acre in size, with waves for 7 minutes with 10-minute breaks in between.

Sometimes theme parks outside California and Florida really don’t get enough love. Minnesota isn’t exactly a state famous for theme parks, but this Nickelodeon Universe is something else. If you have young kids who are invariably Nickelodeon fans, then this is the place they will truly enjoy.

Here, you’ll find as many as 27 different rides to try out. Some rides are especially kid-friendly, while others are a lot more thrilling. Pool lovers might also enjoy a water ride as well.

You can start off with the SpongeBob SquarePants Rock Bottom Plunge, which is a roller coaster that will just enthrall you with extreme loops, spirals, and 90-degree turns. Or your kids can try the Splat-O-Sphere, which launches everyone straight up into the air at almost 60 feet, before it catapults you right back to the ground.

This is actually one of the best amusement parks in the whole country. It’s in Kentucky, and it receives half a million visitors each year. If this had been in Florida or California, it would be attracting millions of visitors each year.

You won’t run out of different rides to try here, since you have 70 of these rides to choose from. The most thrilling rides include the Cyclos, which has a giant pendulum that swings and rotates, looping 360 degrees in the air. Parts of the ride have you hanging upside down in your seat!

Or you can try the Eye of the Storm, which isn’t as calm as the name might suggest. Riders are seated back-to-back, while they go through 360-degree loops. And you’ll go through them while facing forwards and backwards.

You can try FearFALL as well. You’ll rise 129 feet up in the air, where you’ll certainly have a great view. That is, if you’re even able to open your eyes as you go through the ride. At least enjoy the scenic view up top, right before you’re dropped to the ground at a speed of 45 mph.

Sure, Rehoboth Beach is a great place for a family vacation. But to spice things up, you should really get to the nearby Funland every now and then. In fact, some people come to Rehoboth Beach mainly because of Funland. It may not be as big as the other parks, but it’s not lacking on fun.

Many of the rides are mainly for the kids though, and that’s terrific for many families. But for the adults, you have to try the Superflip 360. That way, you’ll know how the beach looks when you’re upside down!