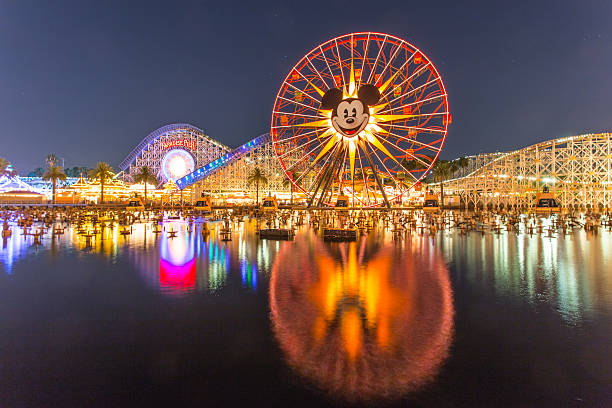 There are roller coasters, and there are the Disneyworld Roller Coasters. For those who are somewhat afraid of roller coasters, these are among the safest rides in the world. After all, there’s just no way that the brains behind Disneyworld will even risk the pristine reputation of the Disney brand. It’s absolutely safe.

And what’s more, the Disney company has the money and resources to make sure that these roller coasters are absolutely thrilling. After all, they can use plenty of the movie concepts that they own. Then they also have the technical knowhow and machines to give you a high-tech thrill. And of course, Disney can spend a lot of money on these rides—it’s not as if they’re not earning more money back!

But which roller coasters in Disneyworld are the best? That, obviously, is a matter of opinion. But the general consensus is that the following roller coasters in our list are truly fantastic. Try them all out, so you can judge the matter for yourself!

Guardians of the Galaxy: Cosmic Rewind

This is one of the newer rides in Disneyworld, and it sure shows off its modern technological marvels. You wind up as various screens show off scenes in the movie, so it’s like you are part of the crew. Then it really starts when it seems like you blast off into space and into various space phenomena. There’s a backward launch as well.

But actually, the whole ride is entirely indoors. You get plenty of screens along with some dramatic music, so it feels like you’re fully immersed in the movie. You also get plenty of twists and drops that can really get your adrenalin pumping, even if it’s actually the smoothest roller coaster ride, ever.

Just how good is this roller coaster? For many, it’s the absolute best.

Expedition Everest—Legend of the Forbidden Mountain

You get the open-air lift hill to the top of Mt. Everest that will have your blood pumping in anticipation. Then you get that scary abrupt stop that feels like something’s wrong. And then then the whole train plunges backwards into darkness.

The ride involves a couple of direction changes, strong G forces, various turns, and a frightening encounter with a yeti. This is one unforgettable ride!

One of the great things about this roller coaster is that it doesn’t feel like a simple ride. It’s a complete coherent experience. Sure, it’s not really all that intense compared to many other rides, but it’s tops when it comes to world-building with its Old West aesthetic.

The ride blasts you through various features, including an old abandoned mining camp, the remains of a fossilized dinosaur, and through a few buildings of an old ghost town. The rock work for the mountain feels too realistic, and the various set pieces will have you totally immersed in the experience. It will feel like you’re actually there in that mountain road.

What if you simply want the pure thrill that you associate with a roller coaster? If that’s the case, this is your ride. This will pump your adrenalin so much that it’s only limited to people who are at least 4 feet.

The launch forward is absolutely fantastic, as you accelerate to 60mph in less than 3 seconds. That’s more exciting than a ride in a Porsche. There are plenty of twists and turns, but it’s so dark that you can’t really prepare for those turns. You just experience them as they come, and just scream your lungs out.

By the way, the Aerosmith connection is a bit weird here. Just forget about the name, and enjoy the whole thing. The soundtrack does come mostly from the 1970s and 1980s, but the Armageddon song “I Don’t Wanna Miss A Thing” isn’t part of the ride soundtrack.

Ever since this ride first came out ion 2014, it has attracted one of the longest ride-waiting lines in the whole amusement park. You may have to wait 2 hours to get in, but for many, it’s still worth the wait.

First off, the whole ride is a bit on the mild side. It’s mild enough for younger kids, though. After all, the ride does feature Snow White, the Dwarves, and the Evil Queen.

But still, the you’re getting a speed of 34 miles an hour along with drops from 39 feet. It features tilting technology so that you’re also rocking left and right. The audio-animatronics are first-rate, giving you one of the most gorgeous ride scenes in the dark. All in all, this is a thrill that you can enjoy along with your younger kids.