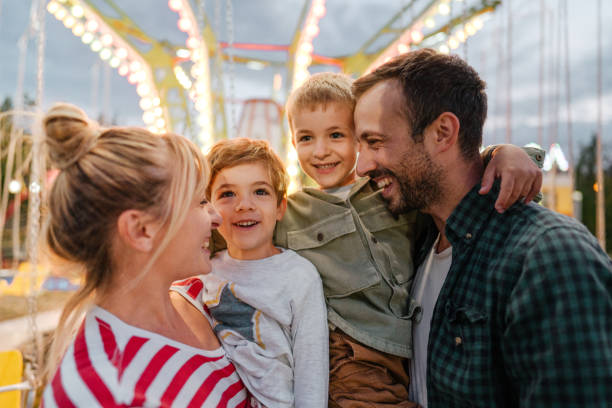 The Cedar Point theme park in Ohio bills itself as the Roller Coaster Capital of the World, and it sure feels like a marketing exaggeration. It’s like a senior citizen talking about their life’s exalted accomplishments, which isn’t all that far off considering that Cedar Point, at more than 150 years old, is the second-oldest amusement park in the entire country.

But they actually back up this claim with their roster of 17 roller coaster rides, and some of them are truly aggressive and thrilling. If you think you’re actually tough enough, then you might have needed guts to brave the following roller coasters in Cedar Point:

This comes with a 54-inch minimum height limit, so it’s definitely not for younger kids. Ever since it opened in the 1990s, it has set the benchmarks for what a legless inverted roller coaster should be. It may not be set too high at its maximum height of 137 feet, and it’s not all that fast either with a top speed of 57 mph. But this is one scary ride.

With your legs dangling throughout the tide that lasts a little over 2 minutes, you’ll really feel helpless as the seconds tick by. And the ride packs in 6 inversions, while you also go over a 100-foot teardrop loop, which is then backed up with several rolls and coils that make you feel absolutely weightless. This is one disorienting ride that no roller coaster newbie should try right away.

It’s been around since 1996, and it was revamped in 2015. That was a relief for the riders, as it replaced the saddles (and its propensity for crushing crotches) with actual chairs.

Yet it’s still a monstrous ride, and it’s not a coincidence that its name derives from a word for “werewolf” in Cajun folklore. Sure, it’s only 145 feet and its top speed is just 60 mph. But the winding loops and inversions will really set your stomach churning here. This is another ride that won’t let you in if you’re shorter than 54 inches.

This has a minimum height requirement of 52 inches, and it’s not really all that tall or that fast. It’s only 105 feet high, and it only goes up to 70 mph. Lots of the other roller coasters in Cedar Point come higher and faster.

But since it began in 2007, the Maverick has been considered by many as perhaps the most thrilling ride in Cedar Point. It may feature a comparatively small frame, but you’re getting two launches that will have you gasping for breath. The first drop goes even beyond going straight down, you spend lots of time in the air, and you’ll go through various inversions and over-banked turns.

The entire ride is fantastically smooth, and it sets a nice pace. It’s so good overall that it’s also regarded as one of the best roller coaster rides in the whole US.

This is a relatively new roller coaster here, opening only in 2016. But even in its short existence, it has already set a few world records for its type of roller coaster.

It starts with a climb up to 223 feet up in the air, which is about the same level as a getting to the top of a 16-storey building. The few seconds up there will have your heart ramming in fear, and then you’re literally dropped straight down. That’s 90 degrees down—and that’s just the start!

This is even newer with its start in 2018, though it’s actually just the latest reincarnation of the beloved Mean Streak. It’s still a wooden roller coaster, and it’s the longest of its kind. Plus, you’re getting up to speeds of up to 74 mph and heights of 205 feet.

The ride lasts about 2½ minutes, and you’re suspended in mid-air for 30 seconds of that time. With the generated negative g-forces, you’ll also feel like you’re floating in your seat.

This isn’t really high at 170 feet, and the 67-mph top speed isn’t really all that impressive, at least on paper (or on screen). But the ride involves hurling through 2 keyhole towers while you’re going at 60 mph, and you’re heading towards openings that seem impossibly small. This might just have you see your entire life flash before your eyes!

QUICK REMINDER: AMUSEMENT PARK PRICES PROVIDED ON THIS WEBSITE ARE AVERAGED AND SHOULD ONLY BE USED AS ESTIMATES.