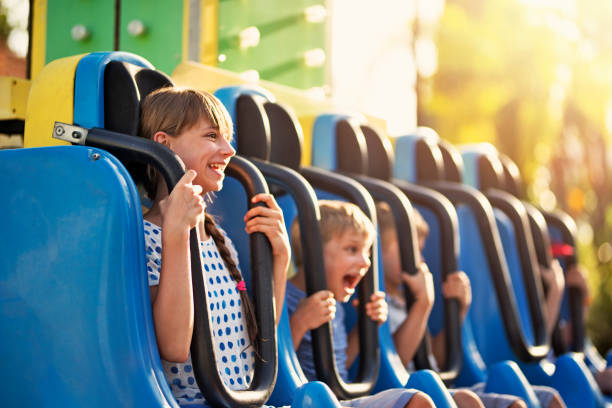 Top Safety Tips to Have a Great Time at Theme Parks

Theme parks have become really popular these days, after all the time that people were kept at home during the lockdowns. Now places such as Magic Kingdom are back in business, offering thrills and joy to families from all over the world.

Of course, there’s still the inherent risk of Covid infection at such public places. Not to mention how some families feel that theme parks, especially the rides, are obvious death traps. That’s not true, of course, since these rides (and the theme parks as a whole) have all been specifically designed to minimize the actual risk.

First of all, it’s a good time to get yourself a medical checkup before you head on to the theme park. That way, you know that you’re in good physical condition to fully enjoy the attractions. It may not be the very best idea to get to a crowded theme park and enjoy the thrilling rollercoaster if you have a serious heart condition or you have injuries to your neck or back. The same goes if you’re pregnant, or if you have a serious injury like a broken leg.

The limits here also include your own tolerance for thrills and scares. If you’re particularly afraid of heights, fast speeds, and powerful G-forces, then rollercoasters may not be for you. The same goes if you’re terrified of horror films—the scary rides can even be more frightening, since they’re not all happening on screen.

Theme parks have safety rules posted everywhere, so you can’t say you haven’t noticed them. Read them and follow them as they’re there for very good reasons.

The same goes for the rules and restrictions for certain rides. Many rides have weight restrictions, and don’t go sermonizing about your beliefs regarding weight if you’re deemed overweight. The ride may not just be safe with too much weight.

Some rides have height restrictions, and you shouldn’t make a fuss if your kids aren’t allowed on a ride because they’re too short. That just means that the safety belts and harnesses on the ride might not sit properly on your small kids.

That means you should really wear the safety bars and other similar devices properly. Let the park employees get you properly strapped up. And once you’re in, don’t even think about leaving your seat.

There are rules as well outside the rides, and some rules are just too obvious. For example, you must not enter restricted spaces, and you shouldn’t go past the safety fences. That just might get you killed, if you enter a restricted space and it turns out that the space is where the rollercoaster passes through.

And obey the rules of courtesy as well. Don’t cut into a line, or else you’ll just cause a fight. A park employee or a security officer may be called in, and that’s the end of your festivities as you’ll be ejected from the premises.

Watch where you’re going, please. True, there’s the temptation to gawk at all the sights as you move around. But that’s not really a good idea, as you might just accidentally bump into a small kid or a baby stroller and cause an injury. So be aware of your surroundings.

And if you do have to stop and consult your map, don’t just stop while you’re walking. Find a convenient, out of the way place to stop.

You have a question or a problem? Talk to a park employee, as they’re just about everywhere as well. any problem or question you have regarding the safety rules, discuss it with them. If you dropped your wallet or your smartphone onto a restricted area, don’t just go in there yourself. Let the park employees handle it.

The same is true when you do see people breaking into a line and breaking the rules. Don’t get into a fight with them. Your job is to obey the rules, not to enforce them. That’s the job for the park employees. Let them know about the rule-breaking, and let them handle the miscreant.

Why Have There Been so Many Accidents at Theme Parks This Year?