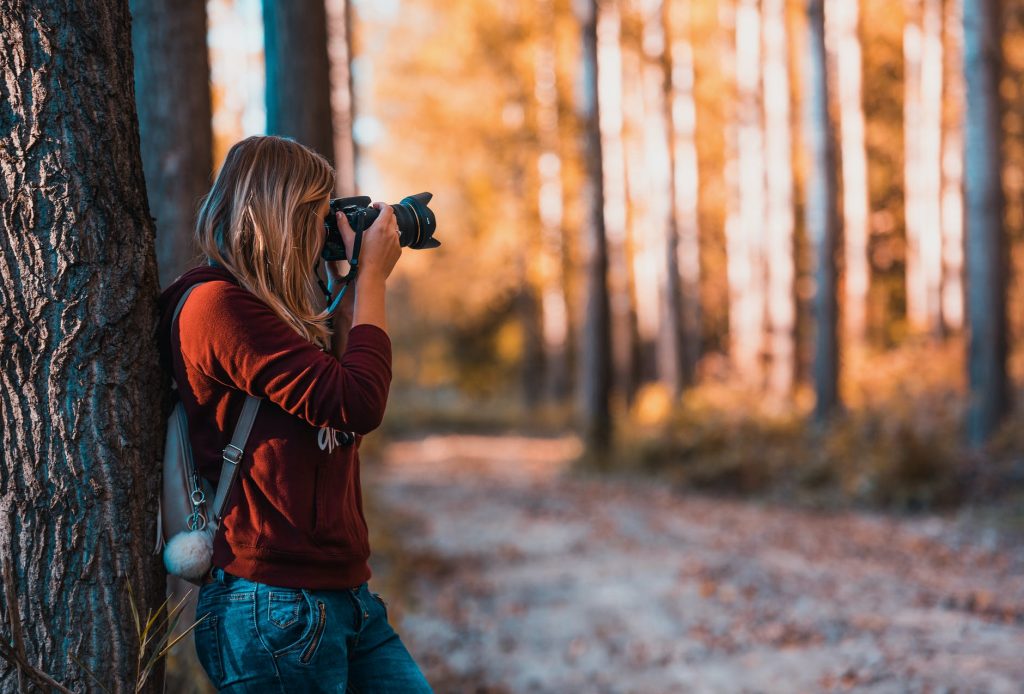 Amusement parks bring together the entire family for a whole day of fun and excitement. Is there any better way to capture those enjoyable moments than by taking photographs? You don’t have to be a great photographer to take pictures of your kids and wife with Mickey Mouse in Disney World. Follow these simple tips in snapping photos while on an amusement park adventure.

Focus on Your Children

There are no better subjects than children when it comes to capturing happy faces in an amusement park. Children are naturally captivated by the sights and sounds of amusement parks, and your photos will look more awe-inspiring if you focus on their faces. Be ready to click your cameras when they are on a ride or near their favorite Disney World character.  If you have young children, you might have to kneel while shooting the photo so that their eyes are at the same level as your camera lens.

Your children, however, may insist that they take photos as well. Of course, you just can’t lend them your DSLR. If you don’t want to disappoint them, you can buy them a low-priced digital camera so they take their own photos.

Don’t hesitate to take as many shots possible. Take advantage of the ability of digital cameras to shoot hundreds and even thousands of shots on a single memory card. After all, you won’t have to worry about paying for film or developing photos.  Remember that the more shots you take, the greater chances of you capturing a memorable photo.

Also, don’t stand at a corner and stare at your images right after taking them. Continue taking photos, as a picture-perfect moment could pass you by as you gawk at your captured images. It’s okay to make a quick glance to see if the picture is composed well and has good exposure. However, defer the photo criticism session at a later time preferably once you’ve finished the amusement park tour.

Amusement parks won’t be complete without rides, so the common thinking is that you have to take photos of these amusement park attractions. On the contrary, taking on-ride photos is considered rude to park goers. Taking photos of rides will distract park goers, so you’d rather use your camera at capturing other subjects.

Would you like to shoot a parade at mid-day, or the fireworks at night? Make sure that you plan ahead for these activities by hunting around for the best spot in the park. Be there at least an hour before the parade or fireworks begin. Although that would mean an hour which you could have spent for rides or watching shows, consider it enough preparation to pick the best area where you can shoot photos. At least, you won’t have to attempt shooting over another person’s head or through a throng of amusement park guests.

Lastly, make sure that your camera is securely stored especially when you ride the rides.  You don’t want to drop your expensive camera when you are on a roller coaster, do you?